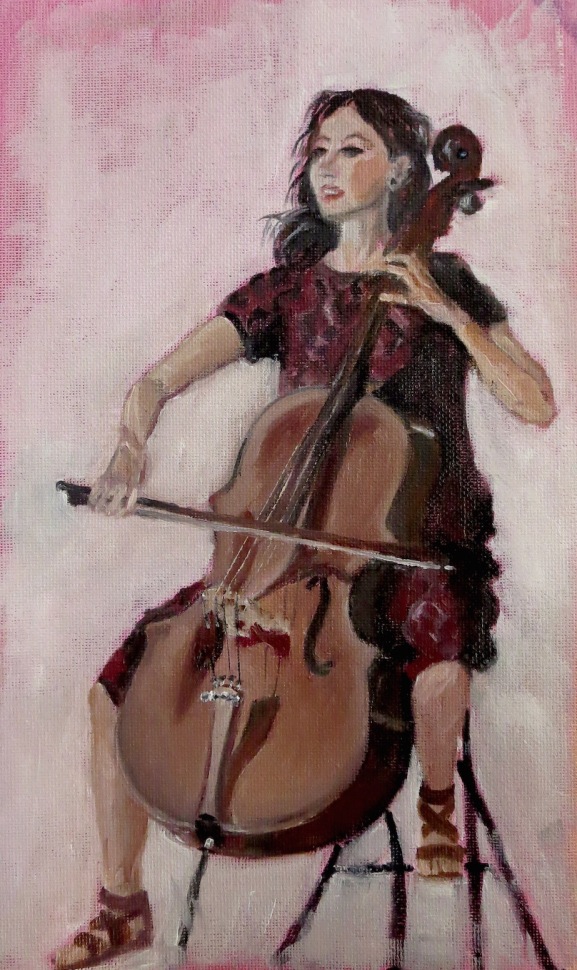 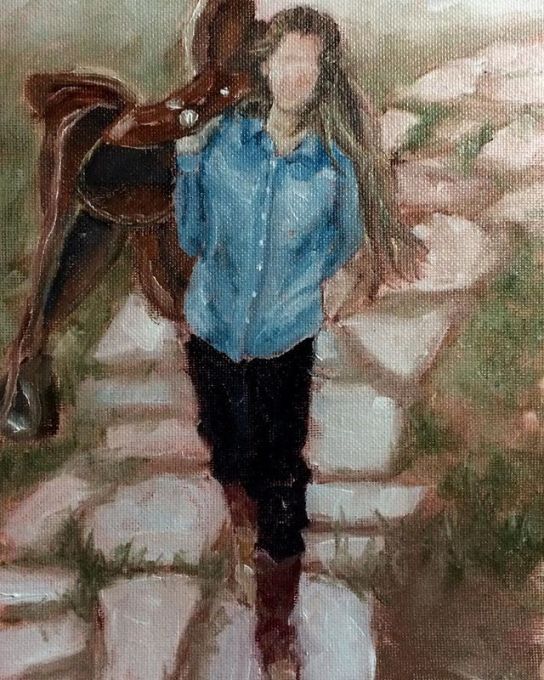 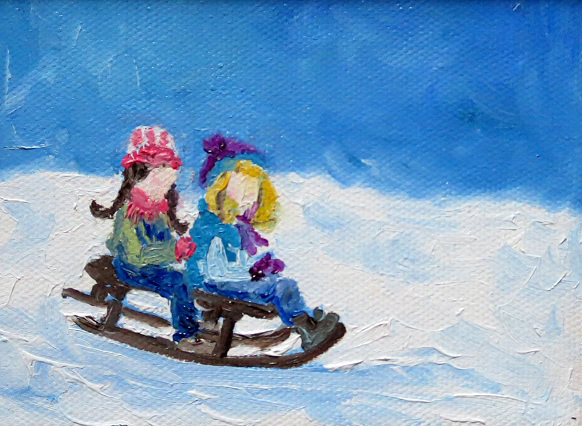 So much fun doing anything with two. Sledding has got to be  faster…just being able to share the fun…

Hoping we get some snow…I’m not sure where the sleds are, but I know we have cross country skis and snowshoes… 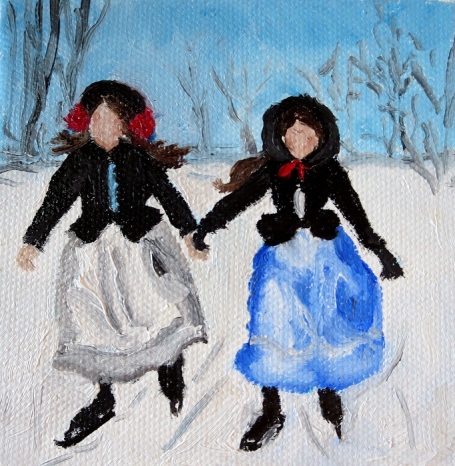 How about a little old fashioned skating?

For sale in my Etsy shop…  https://www.etsy.com/shop/alittleartcorner 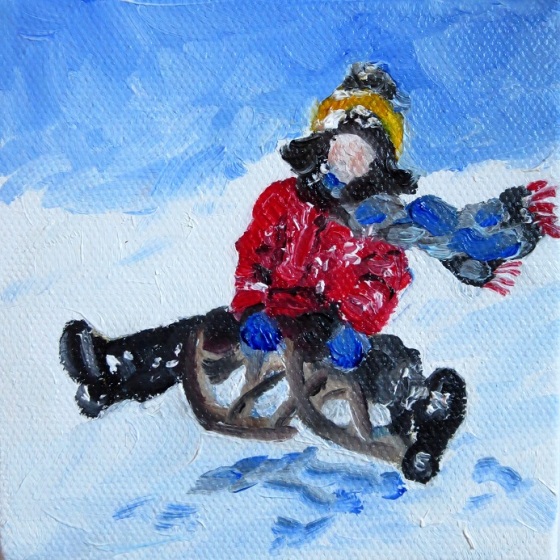 I’m going to be posting some of these fun little mini paintings of winter scenes. These are for sale at my Etsy shop… https://www.etsy.com/shop/alittleartcorner

Hope you all will be enjoying this cooler weather that’s coming…a little sledding fun, maybe??? 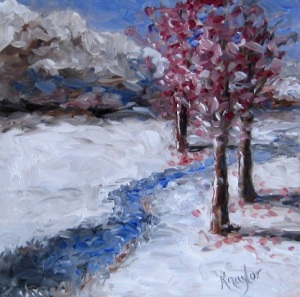 Hopefully, I will get at least one painting a week done in March. I wanted to make a list for myself of the things I learned doing the 30 paintings. Some seem really trivial, but are important to remember.

1. Visualize a border around the canvas. The first painting I did of the Badelunda Boat, I ended up changing because the head of the boat would have been under the frame. This goes along with not signing the painting right along the edge, because again it would get lost under the frame.

2. To think in 3rds, both horizontally and vertically, like Anna at the Zuiderzee. The ocean, the  sky, the beach are pretty much in 3rds  in horizontal lines and Anna in the 3rd portion vertically.  The painting above also was done with 3rds in mind.

3. I tried using regular masonite board and put 3 coats of gesso on it and it seemed to just soak up and dry the paint very quickly. It doesn’t work! So it is much better to buy the already prepared masonite panels.

4. There are some paintings I really stressed over and felt like they were overdone… Autumn Ride was one of those…but as it turned out is was really well liked by everyone.

5. Some paintings you might not be satisfied with, but they end up being the favorites of other people.

6. Stress does not help…it’s better to just do something else and come back to the painting when not stressed out. The last painting I did Lemon and Herbs is actually one of my favorites, but I scraped it 3 times and I could not get the bottles to look the way I wanted them to. I think a lot of it was the stress of trying to get it done, since I was 2 days late anyway. Finally I just scraped it and put it aside and came back to it the next day when I was more relaxed and actually I spent time praying and giving it all to Yahweh. I think this is important. Probably the most important thing. We make goal for ourselves and get so uptight when we are not keeping them, but if we are God’s then His timing is much more important.

7. Color ~ I really ended up liking the vibrant colors and abstract style of the Exclamation Point.

8. I like using black. A lot of artists don’t use black, but I love the contrast as in Hannah’s Shoes. In contrast, I didn’t use black in Paintbrushes .

Leslie Saeta, the artist who did the 30 Paintings in 30 Days challenge posted today on how to make a collage of your paintings. I couldn’t quite figure out how to  get the paintings where I wanted them, so I just let them automatically load, very cute, very clever editing at Pic Monkey. And I’m two paintings short of my goal, but I’m still working on them. 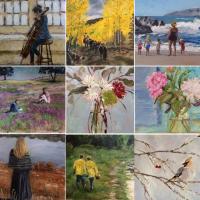 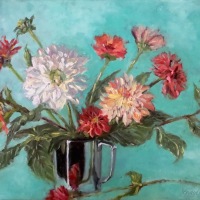 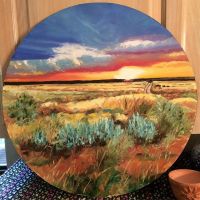 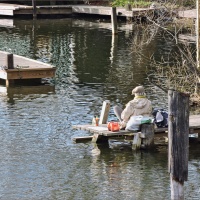 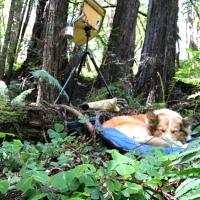